Since the implementation of the new strict squatting laws in 2013 that prohibited anyone from squatting non-commercial property, many people have found themselves homeless. Some would argue that most of the ‘open squats’ that had existed, actually promoted a positive community attitude promoting self sustainability and an ethos of working together. The 80’s squatting scene in the UK displayed a collective attitude between like minded people that they felt they had somewhat failed by the system. Now that this alternative way of living has been made more difficult to pursue, and now that these people feel even more so that they have not been supported by the system, maybe even ostracised …Where are they now?

In Bristol, with the implementation of the new squatting laws came with it a (coinciding but not related) gentrification of all areas and things that had come from this era or this culture of squatting or van dwelling. The Canteen in Hamilton house now a very popular and what would be described as a bohemian part of stokes croft culture was once a squatted building and part of what could be considered ‘the people’s’ property. It was even more so popular then with great music and an energetic underground atmosphere, even though you could only buy cans from behind the bar. Now it has been bought out by millionaire, Architect and Bristol mayor George Ferguson and it seems to have taken a more middle class and posh outlook on its whole attire with the Bristol post somehow rating it as one of the ‘best budget places to eat in Bristol’ with Prices in the menu ranging from £6.50 to £8? 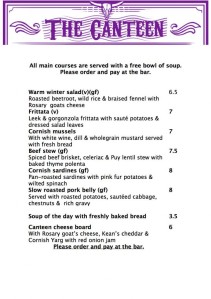 A far cry from the squatting scene that once existed there, where meals or snacks were probably sold for a donation. More comments could be made on the disappearance of the famous free shop that was originally a squat which is now abandoned and boarded up and telepathic heights which also used to be a squat of which has now become ‘uber bohemian’ private housing. Articles such as the one that the Guardian printed in 2012 titled ‘Lets move to stokes croft, Bristol’ certainly heralded the beginning of this new gentrification era of Bristol, the end of the squatting era in Bristol and a new influx of new age travellers. The ones of which who were casualties of the new squatting laws introduced in 2012 and the disappearance of some of Bristol’s most well know squats. The only places left now is site 1 at Westmorland house which is a static travellers site (for the time being) and the Magpie just opposite.

Subsequently it would be important to highlight that from this point and the years that followed, is was also a time that specific areas of Bristol saw an increase in the dispersal of van dwellers across the city, more specifically St Werburghs road was a hotspot for travellers looking for park ups to the point of eventually creating unrest and concerns within the community for the sheer volume of vans parked up on the street.

There is a gaping grey area between definitions of travellers. Irish travellers or Romany Gypsy travellers is a term that is commonly used as a blanket generalisation for the definition of all travellers. Some people use other terms such as van dwellers or new age travellers to describe the more recent phenomenon of new age families or communities living in fixed up vans and buses. These sweeping generalisations emit a very clear misunderstanding of the very different cultures that these are, highlighting a need to celebrate these cultures and different ways of living, to understand and not to discriminate.

The new age traveller counter culture that was born out of the thatcher years, in the UK at least, seems to have thinned. Either the travellers have gone into hiding elsewhere in the world were they can be left to their own devices with no bother, or they have given up the traveller life either through pressure from ‘the system’ or other feasible reasons. Maybe they just didn’t want to do it any more. Reasons for this can be partly connected to the media’s portrayal of alternative living.

The image constantly portrayed by the media of the travelling community has been damaging and not normally in a positive light. Even though the project I have undertaken on looking at living life ‘On the road’ is mainly focused on the ‘new age traveller’, this mis-representation of these very different cultures has even made its way into terrestrial television regarding all subcultures of travellers through sweeping generalisations.

The popular channel 4 series ‘My big fat gypsy wedding’  made sweeping generalisations about the whole traveller community. The telegraph in 2012 stated that

“The series was supposed to shine a light on a community that is often marginalised and misunderstood, but ended up sparking its anger.”

Not to mention Ofcom’s investigation into its “potential racial stereotyping”

“The regulator will formally investigate the complaint lodged by ITMB’s law firm, Howe & Co, which said that people from the Traveller and Gypsy communities were “unfairly portrayed in an untrue and damaging racially stereotypical manner”.
Howe & Co cited examples of “unfair negative images” include showing the sexual assault of females as a cultural norm in these communities, depicting highly sexualised behaviour, and showing children as “”wildly behaved, uncontrollable, foul-mouthed, illiterate, uneducated, violent and dangerous”.”
Boys and men were “almost exclusively shown as being feckless, violent, and/or criminal,” according to the complaint.

The Battle of the Beanfield in 1985 was the most public example of the problems travelling communities face today. Police brutality was exposed by the mainstream media at the time in a horrific display of violence.

Touching upon this subject in this way is just a brief glimpse of underlying problems still visible in society today.

Tackling taboo and prejudice against travellers in Bristol specifically became a large part of Bristol City councils work back in 2006. Travellers are a frequent part of communities in the city with many allocated sites mainly on the outskirts of Bristol that are regularly occupied and some more established as static sites. In retaliation to the very visible discrimination against travellers that could be seen more so on signs outside of pub doors across the city, Bristol city council tried help inform other people in communities that share with travellers through flyers and leaflets.

A booklet called Gypsies and Travellers: Frequently asked questions, the myths and the facts was released by Bristol city council on the 13th June 2006.